On December 31 we had a record low of  -28℃ (-18 ℉).  The girls would be going back to school in a week and my oldest daughter had been wearing a threadbare pair of fingerless mittens I made for myself. These mittens are perfect for a bus commuter. The flaps keep you fingers warm but allow you access to your fingers for things like grabbing your bus pass. Are they warm? They used to be but the thumbs are so worn out they almost have holes in them. So I grabbed some yarn and DPNs and started making her new ones.  I used the pattern World’s Simplest Mittens with my own modifications. The yarn is some left over Paton’s Classic Wool in worsted weight that I doubled for extra thick mitts.

The modifications were to divide the mitt into four fingers (I needed to add a couple of stitches so the fingers weren’t too small). Then I created the flap with rib on one half (to face the inside of the mitten) and stocking stitch on the other half. The flap length starts from the top of the thumb gusset until it was long enough to cover my daughter’s fingers. I used Kitchener stitch to sew the flap on. 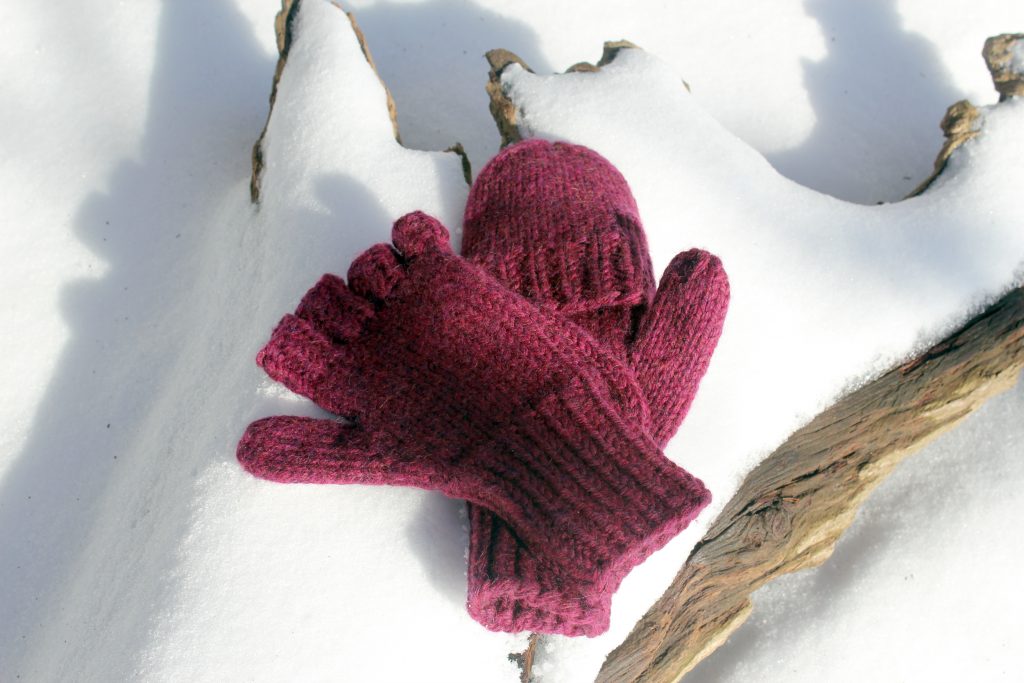 It has taken me a long time as a knitter to make modifications to patterns instead of  designing a whole new pattern. It saves a lot of headaches and time especially if the project is a simple thing like mittens or a hat. Don’t be afraid to jump in there a try modifying a pattern to create something new.

Previous: Dog, Cat, Blanket
Next: DPNS – Joining in the round made easy